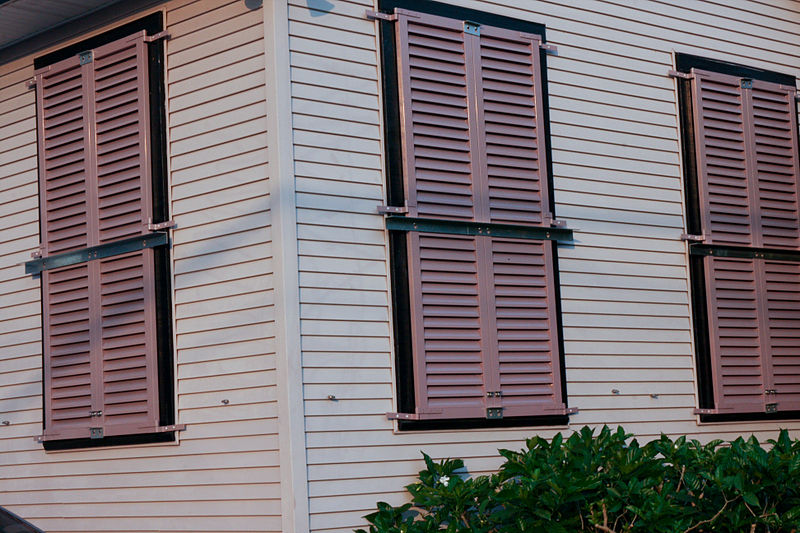 Hurricane shutters in Galveston are a must. This city is located on Galveston Island on the coastline of Texas, 50 miles south of Houston. The city has 32 miles of beaches on the sparkling Gulf of Mexico, and its economy is mainly based on tourism.

Galveston is a city steeped in history: It has an astounding six historic districts, with more than 60 buildings listed in the National Register of Historic Places. The Strand National Historic Landmark District is mainly composed of Victorian era buildings that once were homes, but now are restaurants, antique stores, historical exhibits, and art galleries. The ‘Strand’ (as it is locally known) is a major tourist attraction, and most of the island’s shopping and entertainment is found within its five block radius.

In 1900, the island was struck by a devastating hurricane. This hurricane is still (even after the devastation that Katrina caused in New Orleans) considered the most deadly natural disaster in American history. The city was ravaged and destroyed, and an estimated 6,000 to 8,000 people on the island were killed. After the storm, a 10 mile long, 17 foot high seawall was built to protect the city from floods and hurricane storm surge. The city was also raised to a higher elevation behind the seawall to protect it from flooding.

Hurricanes are still a very real threat, despite the seawall and raised elevation. Though the island and peninsula provide some protection from storms, the bay shoreline is still in very real danger from the storm surge that hurricanes and tropical storms often bring.

Galveston is a beautiful city to live or vacation in, and with a little hurricane preparation, you can be safe from the storms that often batter the coast. Homeowners in Galveston are urged to retrofit their homes with hurricane shutters to provide maximum protection from the storms that often hit them during hurricane season. Even if you own a Victorian era home, hurricane shutters can be installed that do not ruin the look or period accuracy of your home. Colonial shutters in particular can give your home a time-honored ‘Southern’ look and still be historically accurate while also protecting your home.

If you have a more recently built home in Galveston, there are many other types of shutters to choose from: Accordion shutters, roll-down shutters, or Bahama shutters are all both practical and attractive. They come in a wide range of styles, sizes and colors. All shutters, even the historically accurate ones, are impact missile tested, and are made to withstand winds of more than 150 miles per hour. Bahama shutters are a particular favorite, as they also provide the added benefit of shade and protection from the sun. They allow light and air flow in your house, while eliminating the need for window blinds.